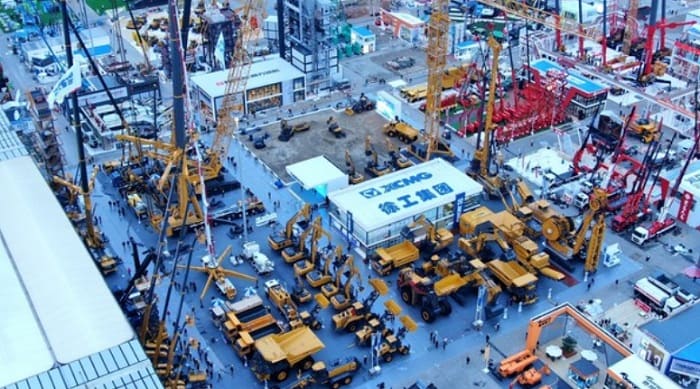 XCMG released China’s first super-tonnage electric wheel loader XC9350 at the international trade fair, an unprecedented innovation that made XCMG the only Chinese manufacturer and third in the world with the capability to produce 35-ton super-large loaders.

“Quality and innovation are two keywords in XCMG’s integrated development strategy, we are always aiming to become a leader in the industry, creating cutting-edge products for our customers and offering top-notch services. We are glad to show the best and strongest of XCMG at bauma China 2020, both at the fair in Shanghai and through global livestreaming events,” said Wang Min, Chairman of XCMG.

At bauma China 2020, XCMG hosted a scenario-based dynamic demonstration of the constructions of Leishenshan and Huoshenshan makeshift hospitals to highlight eight competitive products including six excavators, one articulated hauler and one loader:

XCMG has exhibited a lineup of environment friendly and new energy products at bauma China 2020, including XC918EV and XC958EV electric loaders, the world’s first hybrid truck crane XCT25EV which has a range of 800km and the world’s first electric concrete mixer truck with battery swap that achieves the advantages of fast power switching, high safety, low energy consumption and strong adaptability.

“XCMG’s persistence in innovation has put us in the league of best construction machinery manufacturers in the global market. We are committed to developing “advanced and durable” products that not only excel in technology and performance, but also contribute to the advancement of clean energy,” said Wang.

XCMG is a multinational heavy machinery manufacturing company with a history of 77 years. It currently ranks fourth in the world’s construction machinery industry. The company exports to more than 187 countries and regions around the world.