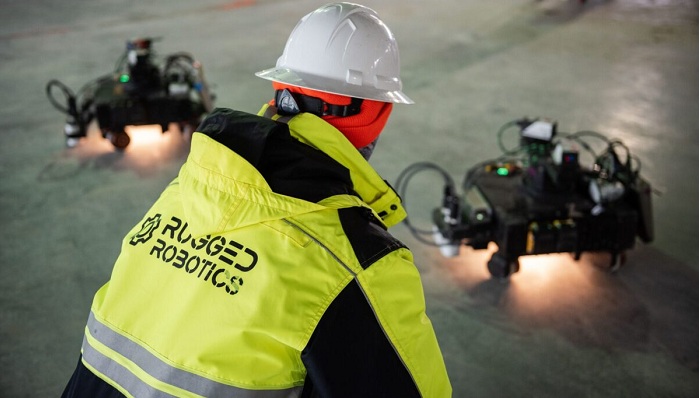 Consigli is proud to announce that Houston-based construction technology newcomer, Rugged Robotics has completed its first full-scale pilot on a Consigli job site. The collaboration between Consigli and Rugged is in line with Consigli’s commitment to support and utilize cutting-edge technologies in an effort to advance efficiencies in the construction process.

Recently, the Rugged Robotics rover was put to the test at Cambridge Crossing – Parcel H, where Consigli is building the new headquarters for Sanofi, one of MA’s largest life science employers. At Parcel H, Rugged delivered a multi-trade layout on six floors covering more than 240,000 square ft. Their automated layout resulted in improved coordination, reduced errors, and significant time savings on the front end.

“At Consigli, our leadership and technology teams are always looking for ways to make construction projects more accurate and efficient, and maximize the allocation of resources on each site,” said Jack Moran, Assoc. AIA, LEED AP and Consigli’s director of VDC and Integrated Services. “We see technology as a way to support our workforce and to meet the construction demands of the future. Rugged Robotics proved its value with an automated tool that exceeded our expectations and worked in synergy with our team.”

Following the pilot, Rugged and Consigli continue to collaborate as Rugged refines, deploys and scales its solution. Future Consigli projects utilizing the robots are already in the works.