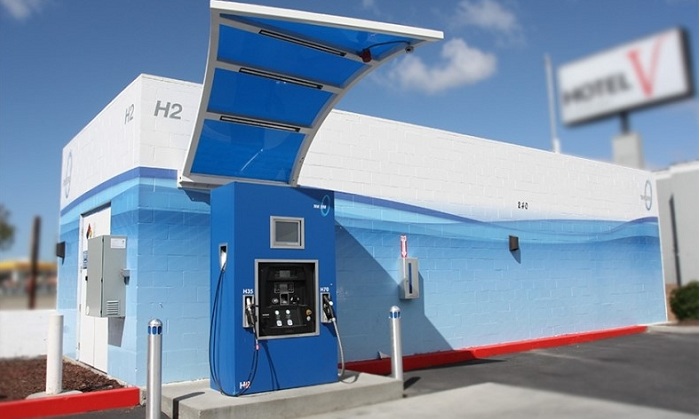 Last summer’s explosion at a hydrogen refuelling station in Oslo was a wake-up call to the hydrogen distribution industry. Despite the resulting rain of projectiles there were no casualties, but it could have been a lot worse. Explosion risk analysis has now become a mandatory part of the design process and if not followed through effectively threatens to derail the hydrogen fuel revolution before it even begins.

With 1.2 million hydrogen fuel cell vehicles expected to be on the road worldwide by 2023, fuel retailers will be facing increasing consumer and commercial demand to provide more hydrogen refuelling stations. It is becoming clear that hydrogen powered buses, lorries and trains will lead the field as battery power is neither practical nor economic for these applications.

Efforts by the hydrogen supply industry are being driven by the favourable economics of wind energy and large projects like the Groningen wind farm project by Shell and Gasunie in the Netherlands which is destined to produce 800,000 tonnes of hydrogen a year.

But hydrogen fuelling stations are complex, costly and as last summer’s explosion in Oslo demonstrated, require stringent safety measures. Hydrogen fuel is typically stored at around 250bar and up to 700bar in vehicles, presenting a safety challenge not matched by traditional fuels such as petrol and diesel.

With these risks front of mind amongst the downstream and retail sectors of the fuelling industry, a new ISO standard 19880 “Hydrogen Fuelling Stations” was published in March 2020. This new standard gives normative and informative guidance to the industry worldwide, with ISO 19880 highlighting the importance of safety. Emphasis is placed on the need for mitigation of fires and explosions and on quantitative risk assessment and the importance of distancing between process elements of the fuel stations and from the public.

To meet the needs of the new ISO 19880 standard and provide hydrogen fuelling stations with the highest possible form of protection, Rhino Doors has developed a series of Ultra Fast Explosion Relief (UFER) solutions which have designed to meet the unique explosion/blast characteristics associated with hydrogen.

Rhino has developed a range of proprietary explosion relieving and resisting components of protection of protection structures. These were developed originally for the onshore and offshore oil and gas industries but have been further developed to cater for the particular requirements of the hydrogen fuel industry. These include but are not limited to:

These solutions will be coming to market following a further period of testing and research in 2021.

“Personnel at Rhino Doors have been at the forefront of explosion relief protection for the Oil & Gas industry for many years. We’re now drawing upon this experience to create ultra fast explosion relief solutions for the burgeoning hydrogen fuel economy. With these solutions in place, fuelling stations and hydrogen electrolysers alike can be confident they can meet the requirements of the new ISO 19880 standard.”

“A number of governments across Europe and beyond have committed to removing petrol and diesel powered vehicles from public roads over the coming decades. A likely consequence of this will be a huge rise in hydrogen fuel cell vehicle ownership and new hydrogen refuelling stations in densely populated areas. Therefore, it’s vital that those companies looking to supply hydrogen have the highest quality and most effective explosion protection solutions in place. Rhino Doors has those solutions.”