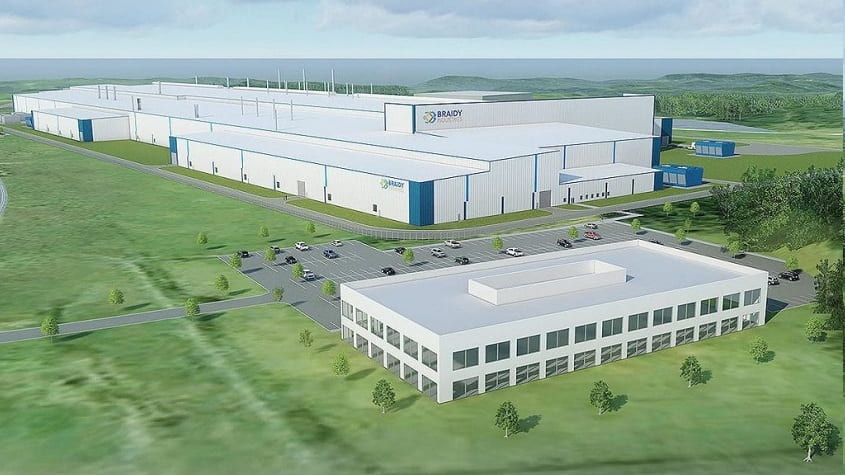 Braidy Atlas will be the first Greenfield aluminum rolling mill built in the U.S. in 35 years. The facility will help meet the rapidly growing demand from automotive and aerospace industries for lightweight exposed sheet aluminum and will assist efforts to rebuild Appalachia. Braidy Atlas broke ground on its 2.5 million square-foot, fully integrated aluminum rolling mill in Eastern Kentucky in June 2018 and expects its completion in 2020.

“We are honored Braidy Industries chose us to work with them on the management of such a significant project that will have an enormous positive economic impact on eastern Kentucky,” said Russ Braasch, owner and operations manager for IPI. “Bringing our unique experience to every stage of industrial planning will help enable Braidy Industries to become the leading high-quality, low-cost producer in the aluminum sector with one of the most advanced rolling mills in the world.”

IPI joins the previously announced team of Kiewit Construction, SMS Group and EBNER Industrieofenbau GmbH Construction to build the state-of-the-art facility. The mill will be 2.5 million square feet under roof and create over 1,000 construction jobs. The CSX railroad runs through the property, and highway I-64 connects the mill site to some of the nation’s largest auto-making and aerospace customers. Once complete, Braidy Industries will enjoy significant competitive advantages as the lowest cost producer of high-quality aluminum sheet and plate for the automotive industry, and ultra-high strength alloys for the aerospace industry.

“Braidy looks forward to working with our close friends and experts at IPI, who have strong aluminum rolling mill experience developed over many decades,” said Braidy Industries Executive Vice President of Construction, Tom Modrowski. “By partnering with IPI, we are taking proactive steps towards meeting our construction projections as we deliver on our promise to revitalize the communities of Greenup and Boyd Counties.”

About Industrial Project Innovation, LLC
IPI and its team of globally experienced associates, specialize in the planning, design and program management of manufacturing facilities globally with a focus on the automotive, aerospace, aluminum and foods industries. IPI’s clients also include industry leaders Honda, Toyota, BMW, Boeing and many others.

About Braidy Industries, Inc.
Braidy Industries is a future-leaning advanced manufacturer of metals for the global transportation and defense industries. The company’s first project, the Phase I construction of a greenfield aluminum rolling mill at EastPark Industrial Center in Ashland, Kentucky, will position the company as the low-cost provider of 300,000 annual tons of production-ready series 5000x and 6000x aluminum sheet for the automotive industry. Braidy’s Veloxint subsidiary is an MIT-incubated light weighting solutions company that is manufacturing parts with a novel nanocrystalline technology. Braidy’s newest subsidiary, acquired on September 18, 2018, is NanoAL, a world leader in the science of nanocrystalline technology applied to sheet aluminum. For more information, visit www.braidyindustries.com.