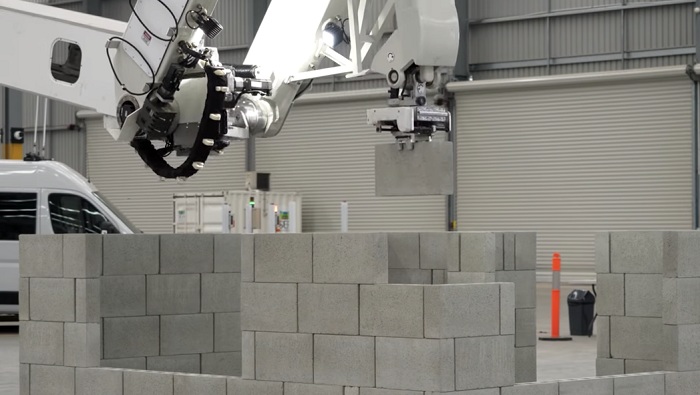 Robotic technology company FBR’s Hadrian X construction robot has recorded a new peak laying rate of over 200 blocks per hour, representing a major milestone in the commercialization journey of the Hadrian X.

Demonstrated by the second Hadrian X, H02, this new top speed of over 200 blocks per hour has been achieved periodically during routine testing as part of FBR’s continuous improvement program. H02’s average laying rate across a full house build has been improved significantly and its top speed is approximately 300 percent faster than the rate H01 was achieving in February 2019.

A sustained laying rate of over 200 blocks per hour throughout the course of a full house build makes the Hadrian X commercially competitive and its use case highly compelling when measured against traditional manual bricklaying in most markets around the world.

While H02 has been kept in a steady mechanical state to allow for the implementation of software upgrades as part of FBR’s continuous improvement program, H01 is undergoing more substantive upgrades of both software and componentry, which are expected to deliver an even greater speed increase for H01 over and above that achieved by H02 in the coming months. The early results of these modifications are encouraging for FBR’s team and also the local and international companies that are working with FBR to ensure the introduction of Hadrian X machines will be as beneficial as possible.