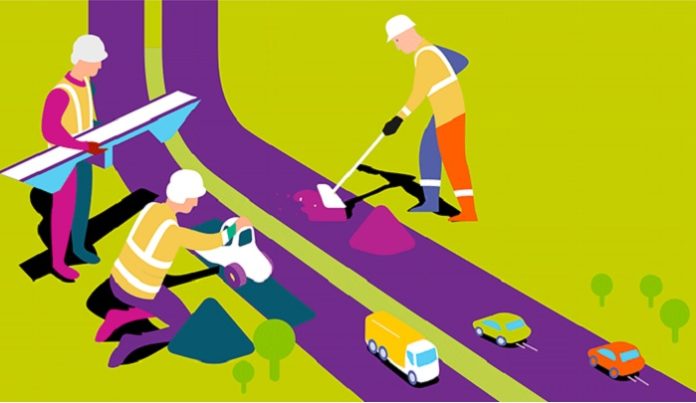 The US $403 million project will extend the existing Triangle Expressway from US 401 to I-40 and is part of the larger Complete 540 project and is designed to improve the highway system in the greater Raleigh area.

The project, scheduled for delivery in 2022, covers design and construction of a six-lane, 12.8 km highway and involves 5 million cubic metres of earthworks, construction of 29 bridges and 290,000 square metres of concrete pavement and placement of 135,000 tonnes of hot mix asphalt.

Eurovia has substantial operations in the southeastern United States – especially Florida, Georgia and North and South Carolina – via its subsidiaries Hubbard Construction and Blythe Construction. The company generated revenue of €489 million in the United States in 2017. On 20 August 2018, Eurovia signed an agreement to acquire the U.S. based plants and paving division of Lane Construction (operating in 10 states on the East Coast and Texas).

Subject to approval of the acquisition by the U.S. regulatory authorities, the move will double Eurovia’s operations in the United States, making it a leading roadworks company on the East Coast.

About Eurovia
Eurovia is a VINCI Group subsidiary and global leader in transport infrastructure and urban development. It builds and maintains roads, motorways, railways, airports and tramways, and develops industrial, commercial and urban facilities. It also delivers all the related services, including demolition, deconstruction, drainage, earthworks, utility networks, signage, bridges, tunnels and noise barriers. Eurovia’s network of industrial plants producing aggregates and other supplies for road and rail construction spans the entire supply chain. The company operates in 16 countries, employs 39,500 people and generated €8.1 billion in revenue in 2017. www.eurovia.com

About VINCI
VINCI is a global player in concessions and contracting, employing close to 195,000 people in some 100 countries. We design, finance, build and operate infrastructure and facilities that help improve daily life and mobility for all. Because we believe in all-round performance, above and beyond economic and financial results, we are committed to operating in an environmentally and socially responsible manner. And because our projects are in the public interest, we consider that reaching out to all our stakeholders and engaging in dialogue with them is essential in the conduct of our business activities. VINCI’s goal is to create long-term value for its customers, shareholders, employees, and partners and for society at large.