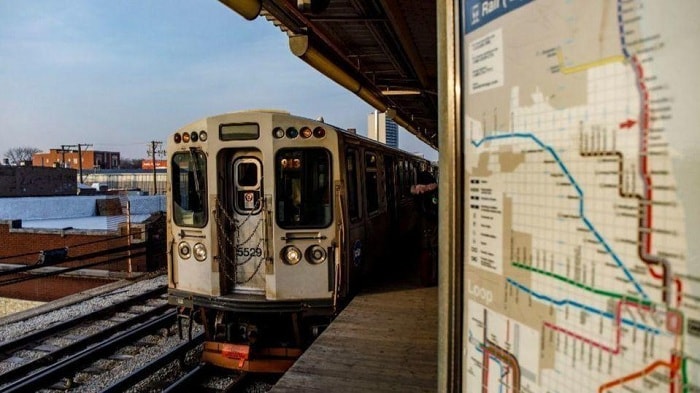 The CTA board on Wednesday approved contracts for the largest and costliest construction project in CTA history: the massive $2.1 billion Red and Purple Line modernization.

The board also approved a contract for preliminary work on an even larger project: the proposed $2.3 billion extension of the Red Line from 95th Street to 130th Street.

The Red and Purple Line project will rebuild stations, bridges and track along a century-old corridor between Lawrence and Bryn Mawr avenues on the Red Line, the agency’s busiest line, CTA officials said. The construction also will include a controversial bypass that will take Brown Line trains above Red and Purple Line trains north of the busy Belmont station, CTA officials said.

In a statement, Mayor Rahm Emanuel said that “countless” businesses have chosen to locate in Chicago because of its transportation network.

“For Chicago to continue to be a world-class city, it has to have world-class transit service to connect residents to jobs, education, culture and above all opportunity,” Emanuel said.

Construction is expected to start in the fall of 2019, with the entire project to be completed in 2025.

“Picture what we did at Wilson (station) and multiply that by four — that’s what we’re going to be doing between Lawrence and Bryn Mawr,” CTA spokeswoman Tammy Chase said. The Wilson Red Line station and track reconstruction took a little over three years.

Currently, Brown Line trains have to cross the tracks of other lines before they can proceed north, forcing Red and Purple Line trains to wait. The CTA says the flyover will allow more trains to run per hour on the three lines, cutting delays and overcrowding up and down the line.

The construction is being paid for by federal funds and tax increment financing in growing, populous and affluent North Side communities. The Red, Purple and Brown lines will stay open during construction.

The biggest contract approved on Wednesday was a $1.27 billion design and construction contract for the Red and Purple Line modernization that was awarded to Walsh Fluor Design-Build Team, a joint venture between Chicago-based Walsh Construction Co. and Fluor Corp., a multinational engineering and construction company based in Irving, Texas.

The winning bidder was both cheaper than competitors and had a better proposal, said Chris Bushell, senior vice president of infrastructure for the CTA. Walsh has previously done work for the CTA, most recently in rebuilding the Wilson Red Line station, Bushell said.

Fluor has not done work for the CTA before, but is known for large projects, including the Denver Eagle commuter rail line, Bushell said.

The program management contract for the Red Line extension to 130th Street is for almost $21 million, and the winning bidder was the HNTB Corp., an architecture and civil engineering consulting and construction management company.

The agency already has demolished 10 buildings in Lakeview to make way for the flyover, and another four will be demolished by the end of the year.

Some Lakeview residents have complained about the demolition of buildings for the project and fear the overpass will detract from the look of the neighborhood.

By the end of 2019, the CTA expects to start advance work to prepare for later phases of the project. This work will include building temporary stations to replace the Lawrence, Argyle, Berwyn and Bryn Mawr stations, which will be rebuilt. The CTA also will do track work to prepare for further repairs. Exact timing for the work will depend on the contractor.

The project also will include modernizing the signal system. The current system is from the 1970s, Bushell said.

“Replacing it with a modern system does the same thing as the bypass does in allowing us to put more trains through the same area,” he said.

The bypass work will start in 2020. The agency will start building new stations from Lawrence to Bryn Mawr in about two or three years, Chase said.

The new stations will be accessible for people with disabilities and will have wider platforms.

“It’s an honor to be able to build something for the next 100 years instead of just fixing things that are 100 years old,” Bushell said.

The management contract for the proposed 5.3-mile Red Line extension from 95th Street to 130th Street is to do environmental reviews and preliminary engineering work, CTA spokesman Brian Steele said. The proposed line would run on both the west and east sides of Union Pacific Railroad tracks.

The CTA does not, at this point, know how it will pay for the extension. Transit agency heads are pushing for a state capital bill in Springfield to help pay for new rail cars and other infrastructure improvements. Steele said that the work the CTA is doing now for the Red Line extension will prepare the agency to compete for federal funding in the future.