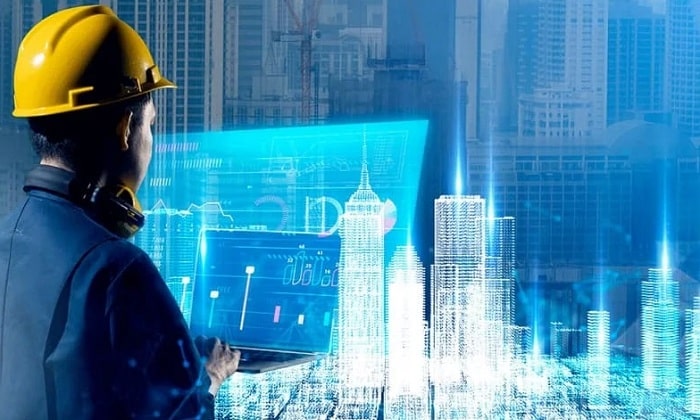 Buildots, the AI construction tech company, announced a $30 million Series B round led by Lightspeed Ventures with the participation of Buildots’ previous investors; TLV Partners, Future Energy Ventures, Tidhar Construction Group and Maor Investments. Buildots will use the new funds to double the size of their global team with a focus on its Sales and R&D departments.

Construction today accounts for a full 13% of the world’s GDP and employs hundreds of millions of people. But while other traditional industries, like manufacturing, have increased productivity over the years, productivity has remained almost stagnant in the building sector. According to the European Commission, construction productivity has only increased by 1% in the past two decades. And with operational profitability often being only 5%, there is little room for error.

That is why, in 2018, Buildots was founded to provide construction companies with an end-to-end solution that allows project managers full control of every activity on the construction site. Buildots’ AI algorithms automatically validate images captured by hardhat-mounted 360° cameras, detecting any gaps between the original design, scheduling and the reality on the construction site. The easy-to-set-up platform acts as a mobile control room for project managers, allowing them to make decisions that dramatically speed up construction and ultimately reduce costs.

“When it comes to digital transformation, construction has been a sleeping giant and Covid-19 served as an accelerator for the industry,” said Roy Danon, co-founder and CEO of Buildots. “We are now working with construction companies in over a dozen countries and what we’re seeing is that the challenges Buildots is addressing are ubiquitous around the world. A global expansion at the rate we’ve experienced would have ordinarily been impossible in an industry like construction that has its roots in handshake deals and in-person relationships without the new covid reality of remote meetings and even deal signings.”

Buildots has recently announced that their technology is being used to reduce costs and enhance output on a slew of major construction projects being led by top building companies around the world. These include Build Group in California & Washington state, MBN in Germany, Gammon in Hong Kong, Wates in the UK and further announcements expected in the coming months.

“Construction is a massive market with real GDP impact but it is still underserved by technology. We believe Buildots is the company that will change that reality,” said Tal Morgenstern, Partner at Lightspeed Venture Partners. “They have created a truly unique technology, productized in a way that generates measurable ROI while still being simple enough for end-users to navigate seamlessly. The rapid adoption Buildots has seen to date is driven exclusively by word of mouth. Following that success, this
financing round will support an aggressive growth plan going forward”.

“Buildots took on a mission that seemed impossible; to change the construction industry with artificial intelligence,” said Shahar Tzafrir, Managing Partner at TLV Partners. “The construction industry is known for its low-profit margins and unfortunate delays. Buildots is changing that. Buildots’ success is demonstrated through its rapid growth with the world’s largest and most sophisticated construction companies. Their clients have achieved a significant increase in their profit margins and a dramatic decrease in project delays. We believe that every construction company who needs to remain competitive will choose to use Buildots.”

Buildots is a Tel Aviv and London-based startup leveraging the power of AI and Computer Vision to modernize the construction management industry. Buildots uses hardhat-mounted cameras to capture every detail of a construction site. The data is then analyzed using AI models to transform random visual data into highly accurate, actionable insights that are correlated with the project’s designs and schedule.