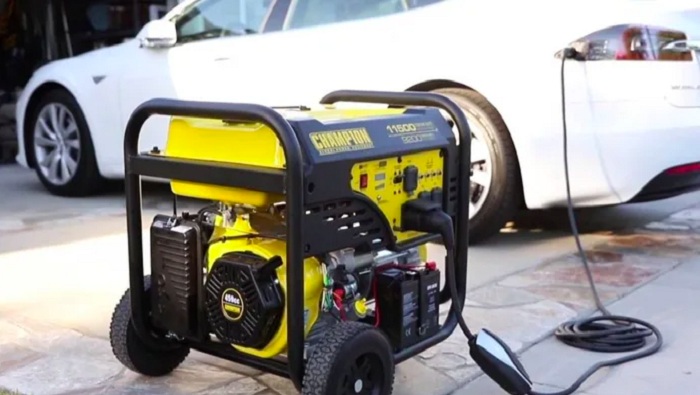 Renewable energy isn’t necessarily as clean as you might’ve thought. Don’t get us wrong. We should do everything in our power to fight climate change. However, we haven’t made much progress.

Over the last few years, we have relied on wind and solar to save us without really questioning it. Are wind and solar energy really green? Well, we hate to break it to you, but wind and solar are absolutely useless during winter.

As you can see from the picture above, a helicopter uses jet fuel to de-ice a wind turbine. In our efforts to go green, this process counteracts those effects in a shameful manner. Wasn’t the main goal of “green” energy to get rid of fossil fuels entirely?

The same goes for electriccars. Electric vehicles still emit high amounts of CO2. How? Well, they don’t emit it directly. They just put more stress on the power plant from which they take their energy. And when you take into account how much energy they consume; they also force the power plant to output more CO2 than a regular car would output from a full tank.

If we’re talking solely about electricity, nuclear power plants are by far the most environmentally friendly. Sadly, many people are scared of them after what happened at Chernobyl and Fukushima.

But what many people ignore is that the Unites States has almost 100 nuclear reactors. And none of them have had any problems since the introduction of the first one after WWII. Similarly, hydro power is also much eco-friendlier than wind and solar. And it’s got very few downsides when compared to those two.

Leaving the energy problem aside, you might be causing damage to the environment without even realizing it.

One great example is our battle with hard water. Water hardness affects over 80% of US households. It causes limescale buildup, blocks pipes, and makes showering more of a hassle than it should be.

To combat its effects, many people use water softeners without even thinking of how they impact the environment. The sodium that softeners leave behind kills plants. It also causes defects in septic systems. Not to mention that softeners waste a lot of water.

At the opposite end of the spectrum is the water descaler. It provides all the benefits of softeners without adding sodium to the water. People have become accustomed to accepting a product as “green” without reading the full specifications. Our tendency to oversimplify things makes us accept half-truths without seeing the entire picture.

Will we see the rise of true green energy in the near future?

It’s hard to tell at this point. Consumers need to be educated on all aspects of green energy. The propaganda machine never sleeps. Both fossil fuels and “green” companies partake in a battle against each other in the media.

It’s becoming harder and harder to find the truth despite better access to information. Especially in an era where users no longer take the necessary time to educate themselves on technical aspects. The truth is that nothing comes without downsides. Even if we were to find a safe alternative to nuclear energy, it would still be littered with inconveniences.

Wind turbines need a lot of land to function properly. If you’ve seen Michael Moore’s latest Netflix documentary, you know how much trees were sacrificed to make room for them.

We hope to see much better alternatives in the future. If we’re gonna go green, we need to go green all the way, not just superficially.