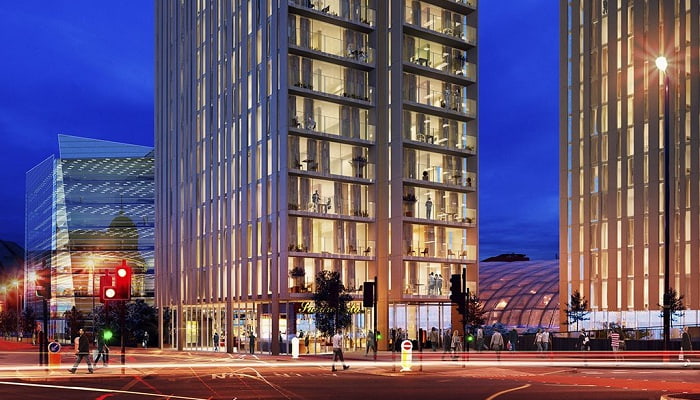 New Victoria, a mixed-use scheme including 450,000 square foot of residential space, will be located next to the city’s Victoria train station and is a partnership between Muse and Netowrk Rail.

It will feature 520 new homes across two buildings made up of 20 and 25 storeys, including 178 one-bed, 286 two-bed and 56 three-bed apartments on the site. Morgan Sindall announced this morning that an institutional investor is forward funding the residential phase of the scheme for an undisclosed sum.

Muse won planning permission for the project in 2016. It is due to include a second phase of the scheme at a nearby site where an eight-storey office building is planned.

“We’re working closely with our partners Muse Developments to deliver this project. By unlocking railway land for commercial development, we are supporting economic growth, creating jobs and driving further regeneration in Manchester.”

The residential phase of the scheme is set to be completed in 2023.