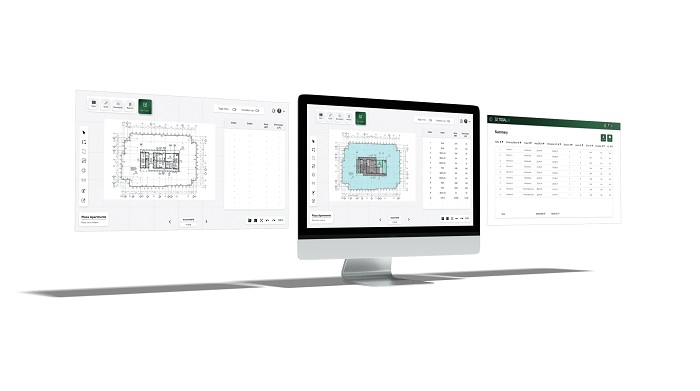 “Following months of beta testing and sampling by more than two dozen general contractors and trade partners, Togal offers software that revolutionizes the estimating process in construction,” the company said in an Aug. 16 statement.
Learn more about how Togal works:

“We are compressing weeks of work into seconds, and nobody has focused on this space yet,” says Togal CEO Patrick Murphy, a former congressman and and member of the Murphy – Coastal Construction family. “This is something every construction company needs, especially now. With construction delays and labor shortages due to the pandemic, the industry is under even more pressure to innovate.”

Togal was recently featured on Cafecito Talk with Miami Mayor Francis Suarez. During the interview Murphy discussed how Togal and artificial intelligence could revolutionize the construction world.

“I’m so proud of the progress that Togal.ai has made!” Suarez said following the interview. “It is so great to see a Miami born and Miami based tech company launch and grow successfully. The use of AI in construction will revolutionize the industry and I’m excited to see what the future holds for them.”

Togal claims that it automates the estimating process, which includes measuring the size of each room’s square footage to accurately price the cost of construction. Typically, estimators do this manually with rollers and rulers, or with a click and drag of a computer mouse. Plans for major projects can be hundreds of pages, taking weeks to complete. Togal can finish those jobs in mere seconds.

“Togal is faster than an experienced estimator, more accurate and a fraction of the cost. I haven’t talked with a construction company that wouldn’t use this. It makes them all more efficient,” co-founder Patrick Hughes said.