Construction tender prices are set to rise by 28% over the next five years, according to the Royal Institution of Chartered Surveyors (RICS). The latest quarterly report from RICS’ Building Cost Information Service (BCIS) says that tender prices rose by 2.4% in fourth quarter of 2014 compared with the previous quarter, and by 7.1% compared with a year earlier.

BCIS expects there to be little upward pressure on materials prices for the next year, with domestic consumer prices and general inflation very low, and very low or no inflation in the Eurozone. Subsequently, a strengthening construction economy and an improving wider economy will put upward pressure on materials prices, with an increase in the year to Q1 2017 of 2.6%, rising to 4.1% over the final year of the forecast period.

It is expected that stronger construction demand will strengthen the hand of trades unions in pay bargaining and so wages are forecast to rise by an average of 3.9% over the final two years of the forecast period.

The main drivers of an increase in industry new work output are expected to be private housing and the private commercial sector. 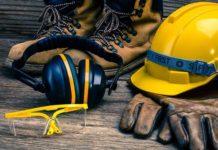 Some professions are more hazardous than others, and construction is one of them; as such, it is subject to a number of regulations designed...