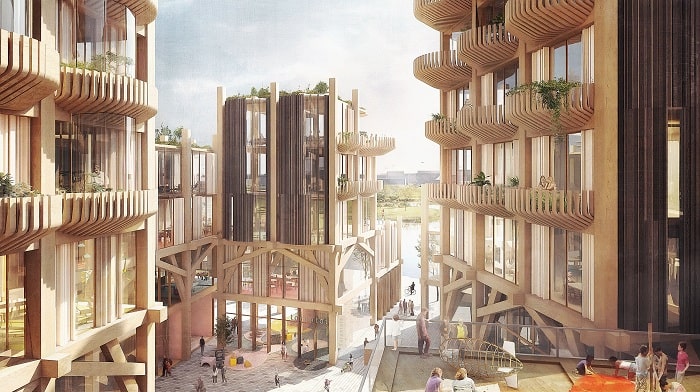 A subsidiary of Alphabet, Google’s parent company, has cancelled a 12-acre high-tech district for Toronto, citing “unprecedented economic uncertainty in the Toronto real estate market” for the decision.

Sidewalk Labs’ planned “Quayside” project was based on Lake Ontario’s waterfront in the east of the city, and was to be North America’s largest smart city, containing data-driven systems to improve traffic, air pollution, noise, waste and public transport.

Sidewalk Labs won the contract for the project in 2017, and planned to invest $50m during the first year of development. It then opened a 30-person office in Toronto and commissioned designs from Heatherwick Studio (pictured) and Snøhetta.

Waterfront Toronto said in a statement: “Today is not the end of Quayside, but the first day of its future. Waterfront Toronto will continue to seek public and expert input as we make a next generation community at Quayside a reality.”

Quayside came under scrutiny when a larger 190-acre proposal was announced in 2019, raising concerns over data collection.