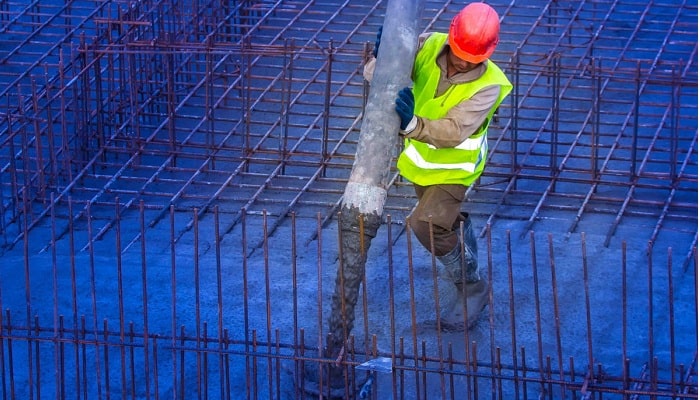 One of the most powerful tools for mitigating the impact of climate change could be a material that is so common we tend not to think about it very much – concrete.

The world’s most widely used building material, concrete has an impact on carbon emissions – both as a burden and a benefit. The production of cement – one of the key components of concrete – produces relatively large amounts of carbon emissions, so mitigating these could make a big difference. But over its lifetime, concrete also has the ability to uptake carbon from the air.

Now, a new collaboration between a team of researchers led by Daman Panesar, a professor in the University of Toronto’s department of civil and mineral engineering in the Faculty of Applied Science & Engineering, and the Canada Green Building Council (CAGBC) will identify the potential and implications of low-carbon approaches and technologies and how they might capture large amounts of CO2 and trap it in concrete.

“Burying Carbon in Buildings: Advancing Carbon Capture and Utilization in Cementitious Building Materials” is funded by a recently-announced $1.7 million contribution by the Government of Canada.

“Currently, several low-carbon concrete framework documents have been produced worldwide and most of these roadmaps have set 2050 carbon reduction targets related to several levers, such as clinker-cement ratio, alternative fuel use and carbon capture, storage and sequestration,” says Panesar.

While there has been preliminary work on several carbon utilization approaches, few have been implemented on a large scale. Panesar and her team will examine the challenges associated with scale-up of these strategies and explore new technologies that can effectively turn built infrastructure into a carbon sink.

“Natural carbonation of concrete occurs by a chemical reaction between the constituents of concrete, particularly cement, and atmospheric carbon dioxide – and it has the potential to occur throughout the life of the concrete,” says Panesar.

“However, accelerated or enforced carbonation approaches are relatively new technologies, which can also be referred to as carbon capture and utilization technologies, and can be introduced at different life stages such as during manufacture or at end-of-life.”

Some examples of carbonation processes that will be explored and assessed include: CO2 injection, elevated CO2 exposure, mineral carbonation using recycled or waste CO2, industry by-products used to replace cement and subsequent CO2 curing, as well as the potential for synthetic treated aggregates.

“All of these techniques need further understanding of the implications and potential for negative emission technologies such as carbon capture utilization approaches,” Panesar says.

Another challenge for both new and existing structures is ensuring that any change to the formulations of concrete – for example, using lower-carbon components or absorbing more CO2 during curing – doesn’t come at the expense of its required structural and material design properties, including strength and durability.

“For existing infrastructure, the situation becomes more complex because there is a need to account for and interpret the role of age-related cracking on the CO2 uptake of concrete, as well as in conjunction with other predominant degradation issues in Canada, such as freeze-thaw cycles.”

Finally, researchers will need to develop benchmarks and other standardized tools to accurately account for the carbon uptake in building materials.

“Currently, there is no harmonized measure of concrete carbonation and the differences in measurements and reporting add an extra dimension of complexity when trying to compare between different concrete formulations and/or CO2 uptake technologies,” says Panesar.

“Carbon accounting is critical to enable us to determine the relative environmental impacts of the various approaches and to be able to estimate or forecast the impacts of deploying these new technologies in the coming decades.”

One of the strengths of the new collaboration is that it provides a built-in pathway for new research findings to get translated into industry, as well as into new policies and regulations.

“As the national organization representing members and stakeholders across the green building spectrum, CAGBC can access industry expertise to help advance research and mobilize the sector to implement market solutions,” says Thomas Mueller, president and CEO of the Canada Green Building Council.

“We are proud to partner with the University of Toronto on a project that has the potential to significantly reduce embodied carbon emissions from the cement industry. The results will contribute to the collective effort to decarbonize construction.”