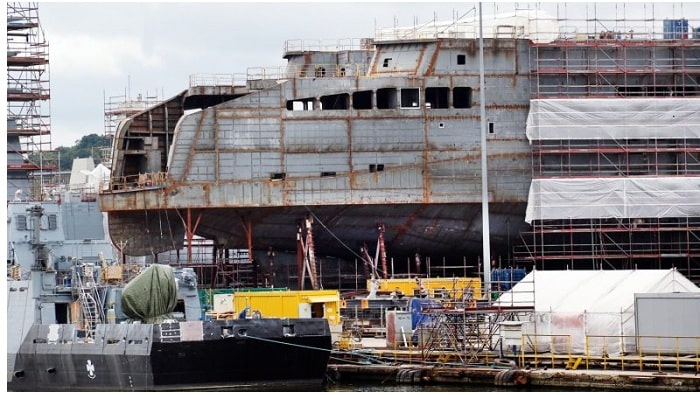 Remontowa Shipbuilding has announced that it has started the construction of the fourth Salish ferry for Canadian shipowner BC Ferries.

BC Ferries had ordered a series of two-fuel (liquefied natural gas (LNG) / diesel-electric) class Salish ferries. The ferry is a part of a contract signed in November last year.

The company said that the work has proceeded according to the plans, despite the issues caused by the Covid-19 pandemic.

In February, the shipbuilder held the ceremony for the burning of the first sheets of metal to mark the start of the construction.

The company said that separate sections were joined to form three separate assembly blocks, which will form the complete hull.

A gantry crane of 300t lifting capacity was used for the assembly of individual sections.