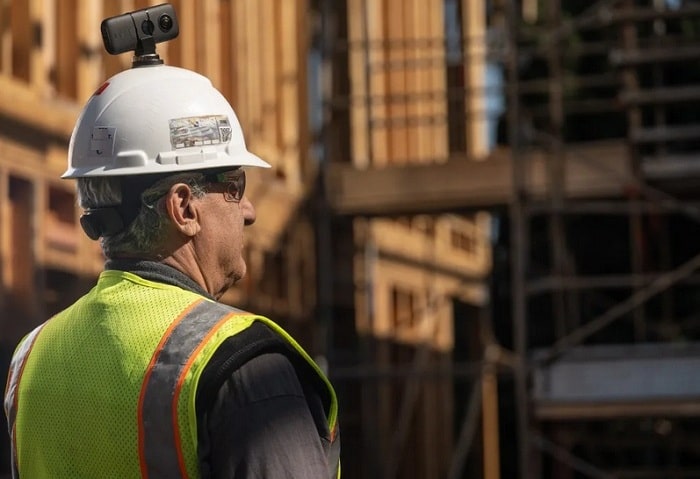 OpenSpace, a construction technology startup, has received $55 million in a Series C investor funding round and has rolled out its new ClearSight Progress Tracking platform. The company combines 360° cameras, computer vision and artificial intelligence to capture a complete visual record of job sites that can be shared on the cloud and used to track project progress.

The company says an increase in remote work during the past year has triggered growth, tripling revenue and its customer base by more than 150%.

Progress Tracking is part of OpenSpace’s ClearSight analytics suite, and has been used by several customers prior to its wider rollout to the full customer base.

Using computer vision processes like semantic segmentation and object detection, OpenSpace’s software can analyze site images and automatically determine what percent of planned work has been completed by builders.

The analysis can be broken down across vectors like date and time, floor level, or trade (electrical, mechanical, drywall and more), providing an instant view into how much work has been completed, when and where. Progress Tracking helps keep builders on pace with proposed timelines, flags possible delays early and makes administrative processes like verifying work completed and approving pay applications easier.

The funding comes less than one year after OpenSpace announced a $15.9M Series B and brings the total amount the company has raised to $88.3M.

OpenSpace will use the funding to further expand its ClearSight analytics suite into areas like safety management and quality control, as well as accelerating its international expansion. OpenSpace’s goal is to further empower builders by transforming images into a new class of analytics that increase transparency, improve efficiency and make it possible to benchmark performance and transfer learnings across projects.

“One of the reasons we’re excited about OpenSpace is that the image-based platform can be easily used on projects around the world, with minimal barriers to adoption for new regions or languages,” says GreenPoint Partners General Partner Ryan Shmeizer. “The technology resonates with our partner network of leading global real estate owners, who appreciate the ability to virtually view and understand progress at their job sites at any time, from anywhere.”

“Our vision is to remove time-consuming and tedious work from construction so that builders can focus on building,” says OpenSpace CEO and co-founder Jeevan Kalanithi. “We’re creating technology tools that augment builders’ capabilities so they can do more—better, faster and with less stress. The core product improves transparency and objectivity on projects by creating a single source of truth for site status. The new products analyze that data to massively cut down on the administrative work builders have to do, and generate insights that have just been too difficult to derive until now.”