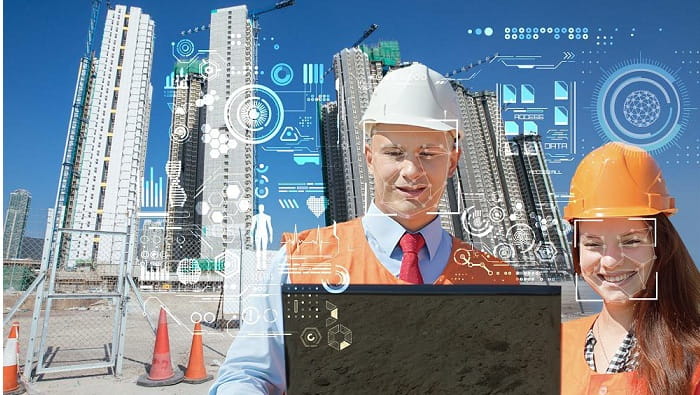 Construction sites are a massive jigsaw of people and parts that must be pieced together at the right time. With larger projects, delays become more expensive. McKinsey projects that on-site mismanagement costs the construction industry $1.6 trillion a year. But you might usually only have five managers overseeing construction of a building with 1,500 rooms, foresees Founder and CEO of British- Israeli startup Buildots Roy Danon. “There’s no way an individual can control that much of detail.”

Mr. Danon thinks that artificial intelligence (AI) can help developing an image recognition system, which monitors every detail of an ongoing construction project. It also flags up delays or errors automatically. Along with Buildots, the two biggest building firms in Europe, including UK construction giant Wates is using this system in large residential builds. Construction is significantly a kind of manufacturing. If high-tech factories adopt AI to manage their processes, it the high time for construction sites to start using it.

Artificial intelligence (AI) has started to change various aspects of construction, ranging from design to self-driving diggers. Some companies even offer a kind of overall AI site inspector, which matches images taken on-site against a digital plan of the building. Buildots is now making that process easier and feasible than ever by using video footage from GoPro cameras ascended on the hard hats of workers.

When managers visit the site once or twice a week, the camera on their head captures video footages of the entire project and then uploads it to image recognition software. It compares the status of many thousands of objects such as electrical sockets, and bathroom fittings on-site with a digital replica of the building.

Artificial intelligence also uses the video feed to find out where the camera in the building within a few centimetres so that it can spot the exact location of the objects in each frame. Mr. Danon claims that the system can track the status of approximately 150,000 items several times a week. AI can identify which of three or four states it is in for each object, from not yet begun to fully deploy.

Sophie Morris, a civil engineer at Buildots, says, “Site inspections are slow and tedious.” Buildots developed AI to get rid of many repetitive tasks and allows people to focus on making important decisions. “That’s the job people want to do where one doesn’t have to go and check whether the walls have been painted or someone’s drilled too many holes in the ceiling,” says Morris.

Another advantage is the way the tech works in the background. It records data without the requirement to walk the site with spreadsheets or schedules, explains Operations Director of Wates, Glen Roberts, whose firm is now planning to roll out the Buildots system at other locations.

The complete status of the project and its digital plan has a big difference. It has been found after comparing it several times a week during the COVID-19 pandemic. Although construction sites were shut down in the wake of the coronavirus outbreak, the essential on-site workers, managers on various Buildots projects kept tabs on progress remotely.

Artificial intelligence will not replace these essential workers anytime soon. Humans are still creating buildings, not AI. “At the end of the day, this is an extensive labor-driven industry, and this fact won’t change,” foresees Morris.