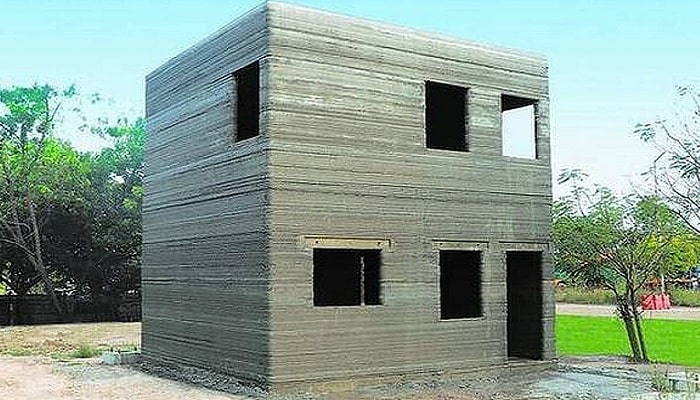 Mighty Buildings builds homes using 3D printing, robotics and more sustainable materials. The company, which came out of stealth in August 2020, says it can take care of the entire homebuilding process from permitting to appliance installation.

“We aim to unlock productivity in construction by introducing new materials, 3D printing and robotics to the industry,” Chief Operating Officer Alexey Dubov said in an interview with Crunchbase News. “Basically, what we are making a reality is to be able to build in a more sustainable, efficient and affordable way.”

Construction and real estate tech has been an active area for investment in the last year with home sales climbing. Companies in the construction tech space raised $918 million in total funding in 2020, according to Crunchbase data.

Mighty Buildings created a proprietary building material similar to a synthetic stone that can be 3D printed, making the building process faster and with zero waste, Dubov said. Mighty Buildings’ material can also maintain a structure’s temperature better than concrete, wood, or steel, according to the company.

So far, the company has completed about a dozen projects in California, Dubov said, and is now taking orders for its Mighty House line, which makes both accessory dwelling units and single-family homes with a 3D printed panelized shell. Since June, the company has seen a 30 percent increase in contracted revenue quarter over quarter, not including its business-to-business contracts, according to Dubov.

The new funding will be used to scale the company and introduce the Mighty Kit System, which can be used to build structures with custom floor plans. Mighty Buildings will use 3D print panels, which can be assembled on site and cuts down on building time.

“You have less time of people hanging out on your property,” Dubov said. “It’s good for the neighborhood because the materials are brought there and assembled. There’s no painting, finishing. It’s like lego blocks assembled together.”

The company is currently operating in California, but is looking into opportunities outside of the state, Dubov said.