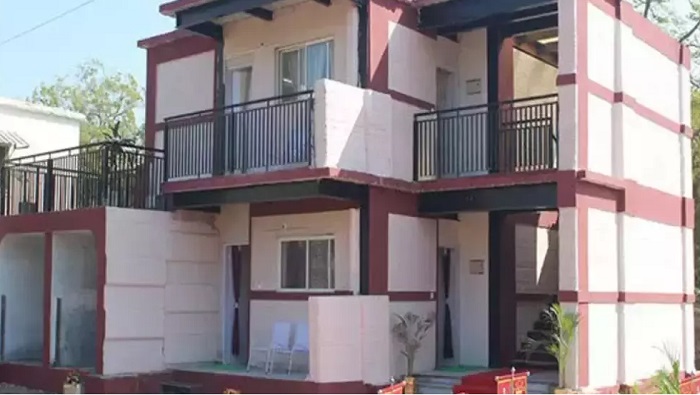 The Indian Army has constructed its first 3D printed dwelling unit in Ahmedabad Cantonment. It is a disaster-resistant structure that meets Zone-3 earthquake specifications along with green building standards. An army official said, “The technique utilizes a concrete 3D printer that accepts a computerized three-dimensional design and fabricates a 3D structure in a layer-by-layer manner by extruding a specialized type of concrete specifically designed for the purpose.”

The house comprises ground plus one configuration, according to the officials. According to Indian Army officials, the dwelling unit was built by the Military Engineering Services (MES) in partnership with MiCoB Pvt Ltd, a Gujurat-based 3D concrete printing company using the 3D Rapid Construction Technology.

The army claims that the construction of the 71-square-meter dwelling unit with garage space was finished within 12 weeks thanks to 3D printed walls, slabs, and foundation. According to an army official, the 3D printed house is a “symbol of contemporary rapid construction efforts” to fulfill the increasing accommodation needs of Armed Forces personnel. This structure also demonstrates the Indian Army’s dedication to the ‘Atmanirbhar Bharat Abhiyan.’

The Indian Army’s Ahmedabad-based Golden Katar Division has been instrumental in furthering the project, which has numerous operational applications.

“The Indian Army units have already dovetailed 3D printing technology in the construction of precast permanent defenses and overhead protection meant for operations. These structures are currently being validated over a period of one year and can be seen being incorporated in all terrains, the recent being in Ladakh,” said the Senior official of the Indian Army.

3D printed constructions around the world

Furthermore, the US Department of Defense (DoD) revealed plans for constructing three temporary training barracks, each of which are anticipated to be America’s largest 3D printed structures. The barracks will be built by Texas-based construction 3D printing company ICON and will meet the DoD’s released Unified Facilities Criteria for additive concrete construction. Lt. Gen. Doug Gabram, commander of the US Army Installation Management Command said, “Constructing facilities using this cutting-edge technology saves labor costs, reduces planning time, and increases the speed of construction of future facilities.”

Elsewhere, Alquist 3D, a construction 3D printing company, revealed plans to construct 200 homes in the US state of Virginia. After completing the ‘first owner-occupied 3D printed home‘ earlier in 2022, Alquist 3D announced plans to execute the largest construction project realized with this “advanced technology to date”, in Pulaski and Roanoke. Considering the region’s rapidly increasing workforce, it is anticipated to serve as a suitable test bed for demonstrating the efficacy of 3D printing in providing accessible new homes.

“With migration patterns shifting due to the pandemic, climate, and economic concerns, smaller communities like Pulaski have a huge need — and an amazing opportunity — to develop affordable housing for new residents,” said Zachary Mannheimer, Founder, and CEO of Alquist 3D. “By 3D printing, these homes, Alquist and our partners will be accelerating Pulaski and Roanoke’s ability to harness current trends and attract new workers to this wonderful community in southwestern Virginia.” 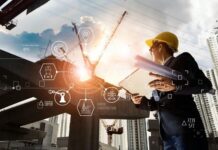 Hensel Phelps announces the launch of Diverge, an investment company specializing in construction innovation and technology. Diverge is a new company within Hensel Phelps...

Simpson Strong-Tie Invests in Higharc to Boost Innovation in the Construction...