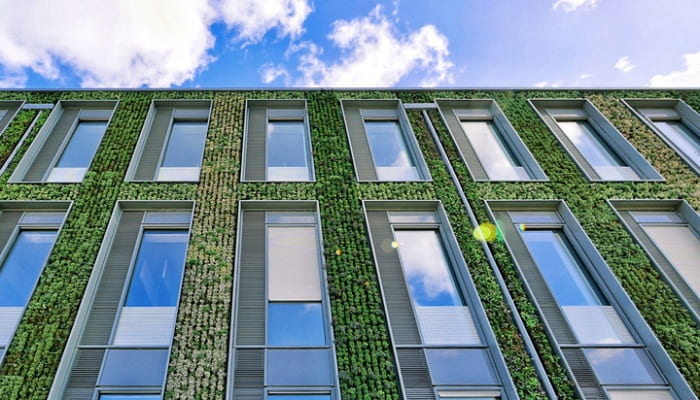 Construction giant Willmott Dixon has today unveiled a set of sweeping new sustainability goals, promising that all its new building and refurbishment projects will be operationally zero carbon by 2030, alongside an goal for all its supply chain partners to also reach zero carbon by 2040.

Publishing its new sustainability roadmap this morning, the Hertfordshire-based firm set out a suite of industry-leading zero carbon construction goals, which have been approved by the Science-Based Targets initiative in line with 1.5C global warming pathway.

The company – which has been a net zero business since 2012 thanks to its investments in offsetting, alongside a reduction in its carbon emissions intensity of 61 per cent since 2010 – said it would now cut all of its own carbon emissions to zero by 2030 without the use of offsetting.

In addition, it has pledged to ensure all its developments are operationally net zero carbon by 2030, alongside a target for a net reduction in embodied carbon of 55 per cent by 2030, compared to 2020 levels. All buildings and major refurbishments will also be delivered with net zero embodied carbon by 2040, the firm said.

The company said it would also take efforts to clean up its supply chain, too, by firstly encouraging its partners and suppliers to slash their own emissions, and promising to only work with supply chain partners that are themselves net zero in operation by 2040.

“We’ve set some ambitious targets, some of the toughest for the construction sector, as we feel that now is the time for bold action if we are to bequeath future generations a planet not suffering from the consequences of past inaction in tackling the causes of climate change, but instead is one that they can live and thrive in,” said the company’s chief executive Rick Willmott.

Wilmott added that the firm was committed to working with its customers, supply chain partners and industry peers to deliver a carbon free construction sector as it was “an issue that impacts on everyone, and we’ll need to work together to achieve our common aspirations for a ‘greener’ built environment”.

The sustainability roadmap also includes a slew of other environmental commitments, including pledges to plant 100,000 trees, achieve zero avoidable waste, halve its use of water, and deliver ‘environmental net gain’ on all its building developments by 2030.

Jonathan Sykes, executive chairman of sustainability consultancy Carbon Intelligence – which worked with Willmott Dixon on its sustainability roadmap – praised the firm’s commitments as a major milestone for the UK’s construction sector. “Willmott Dixon has set the most ambitious science-based target in the construction sector by aiming for zero emissions in its operations by 2030 and supply chain by 2040,” he said. “Its actions will have a significant influence on reducing the climate impact of the built environment in the UK.”