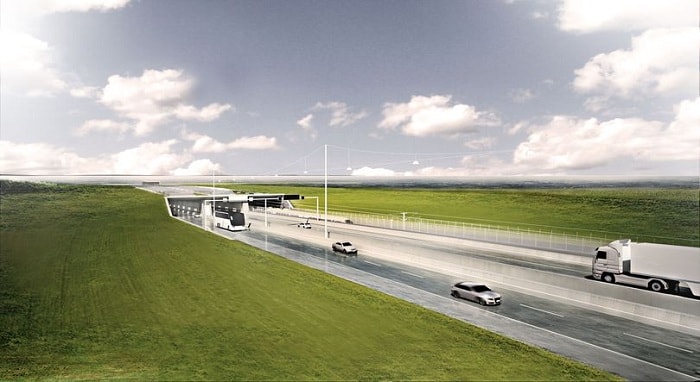 The Ministry of Transport of Schleswig-Holstein is ready to sign the document following a statutory 14-day review period. The scheme’s promotor, Femern, may make only minor editorial changes during the review.

“I am delighted and proud that we have today reached this crucial milestone,” said Femern project director Claus Dynesen. “This is the result of several years of cooperation between the parties involved in Denmark and Germany. The approval means that agreement has now been reached between the German authorities and Femern A/S on how to construct the tunnel.”

The plan approval – a legal document of more than 1,000 pages – is based on a 14,000-page application prepared by Femern and LBV Lübeck in cooperation with German experts. The application has been through two major public rounds of consultation in Germany since it was initially submitted in autumn 2013. It takes into account both local interests and German and EU legislation in areas such as environment and safety.

“The plan approval determines the requirements and conditions that must be met, especially in relation to the environment, in order for Femern A/S’s construction work on the German side to proceed,” said Dynesen. “We will now thoroughly analyse the approval, and then, during the spring, we will present scenarios on how we will achieve the project goals.”

The German plan approval may be appealed to the Federal Administrative Court in Leipzig. German legal proceedings would determine when construction can begin in earnest on the German side.

Most of the Fehmarnbelt construction work will take place on the Danish side at Rødbyhavn, where the factory and harbour for the production of the 70,000-tonne tunnel elements will be located.