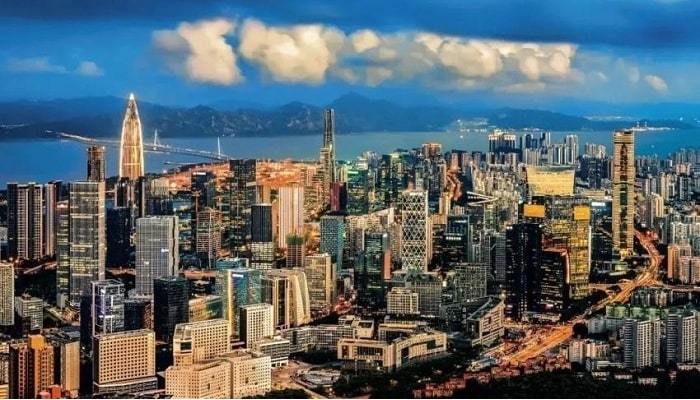 The rapid development of infrastructure construction

In recent years, the construction of infrastructure mainly has the following characteristics:

With the continuous development of technology, infrastructure development enters a new era where projects like skyscrapers, railways, highways, bridges, water conservancy, hydropower construction, etc. are developing rapidly. Aid in large-scale modern machinery and equipment, all projects mentioned above will consume just a little time and manpower. For example, China’s economic development with fast speed amazes the whole world. I do think that this tremendous achievement is due to advanced infrastructures like well-connected roads and railways. The bridge was demolished in 8 hours and the road was completed in 9 hours, which shows the world “Chinese speed”.

An estimated annual average growth is about 5%, of which the Asia-Pacific region is still the largest transportation infrastructure market, and the sub-Saharan Africa region will continue to maintain the fastest growth rate. The report also shows that to support global economic growth, infrastructure costs will reach US$94 trillion in 2040.

According to a report by Transparency Market Research, by 2025, the amount of construction waste generated annually worldwide will almost double to 2.2 billion tons. Waste materials have caused global safety and environmental problems. For example, in December 2015, a pile of construction and demolition waste (C&D waste) caused a landslide in Shenzhen, China, killing more than 70 people. 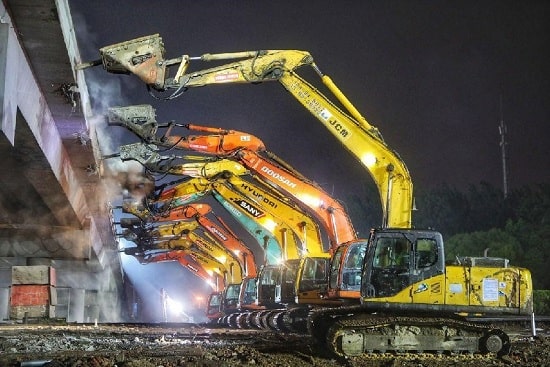 Due to continuous development and update of construction buildings, the amount of waste concrete increases sharply and more than one-third of the total garbage in major cities. In some countries, annually created construction waste is over 30 million tons in which waste concrete waste accounts for more than 34%. The C&D waste not only takes up many human settlements but withstands sun and rain for a long-time, leading to the release of harmful substances. For instance, hazardous substances and mixture released from paint and asphalt in the C&D waste would seep into the soil with rain then causing a series of physical and chemical reactions.

The lethality of construction and demolition waste is astonishing 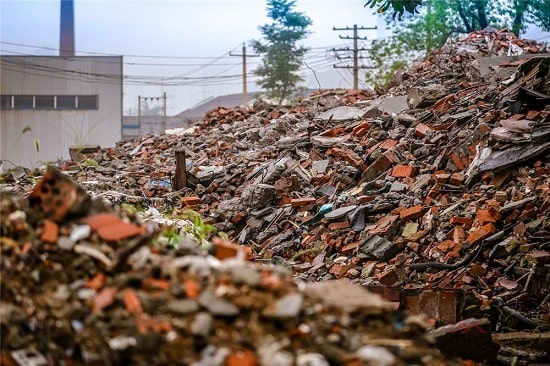 The reasons why C＆D debris is difficult to process

It is estimated that C&D material occupies 4,300 acres at a depth of 50 feet, resulting in more than 300 billion square yards of landfill each year. This is not only bad for the environment but difficult for builders to efficiently manage all these wastes the three types of material mentioned above are always most affordable way.

There are three types of C&D waste

In most cases, the three types of material mentioned above are always mixed occupation, making C＆D waste recycle difficult and complicated. Although not every piece of debris can be recycled, most of them should be recyclable if you want to give it a try.

How to maximize the recycling of construction and demolition waste?

Although construction and demolition waste has brought huge challenges to human society, as long as we do a good job in recycling, we can turn waste into treasure and turn challenges into opportunities.

If builders play a long game, they will find that processing a large amount of commercial concrete waste and then making it into building materials for reuse is a wise choice because the whole project can be processed by various types of crushing equipment nowadays.

The facts show that recycling waste commercial concrete can save a large amount of natural sand and gravel aggregate, reduce the space of occupation, relieve the environmental pressure, and create great economic and social value.

The best way to deal with C&D waste

According to experts, C&D waste recycling solves the problem of land wasting, allows full utilization of resources, saves costs, and cools the earth. From the rising trend of the construction waste recycling market, it can be expected that the promotion and popularization of recycled commercial concrete are just around the corner. 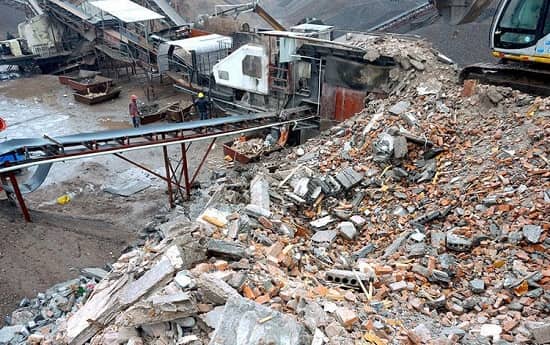 C&D waste recycling brings changes to humans and the environment

Japan is a country with small land and scarce resources and the government attaches great importance to recycling C&D waste. As early as 1977, it formulated the construction waste recycling usage specifications, and successively established recycled concrete processing plants in various places.

The Japanese government has high requirements for water absorption, toughness, shrinkage, and cold resistance of recycled commercial concrete from concrete waste, so many systematic studies have been launched.

In the era of rapid economic growth, discarded commercial concrete is increasing every year. At present, recycled concrete aggregate is mainly used for road pavement. Germany is expected to use 80% of construction waste recycled materials in 10% to 15% of commercial concrete projects.

In Australia, the amount of discarded construction and demolition waste is increasing year by year. For this reason, the country has also launched a lot of research work. Relevant tests show that commercial concrete prepared with 50% construction waste recycled materials has a strength value of B225 to B300, and its resistance to salt and corrosion is also improved.

The use of recycled building materials from C&D waste can save waste costs on disposal, transportation, natural aggregate purchasing. The C&D waste industry still has a lot of room for development and feasibility in economic research.