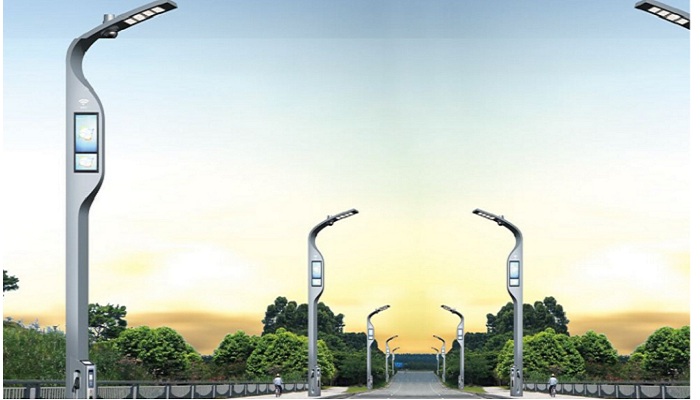 China’s smart light pole market is expected to be worth 117.6 billion yuan ($16.91 billion) by the end of this year as a result of the construction of 5G base stations, according to the International Smart City Research Institute.

Industry insiders say that as 2020 is an epoch-making year for the application of 5G in the country, local governments have also been making more efforts to install smart light poles.

In Shenzhen, South China’s Guangdong province, one of the first cities in the country to pilot 5G networks, a total of 45,000 5G base stations are expected to be built by the end of August, which will realize full 5G network coverage in the city. Accelerated construction of 5G networks has greatly promoted the growth of smart light poles.

According to the Shenzhen Industrial and Information Technology Bureau, the city will build 4,526 new smart light poles this year, and another 24,000 by 2022.

To speed up the construction of roadside facilities including smart light poles, the Ministry of Transport recently issued a guideline saying that China will promote the construction of new infrastructure in the transport industry, in order to make the sector more intelligent and digitalized.