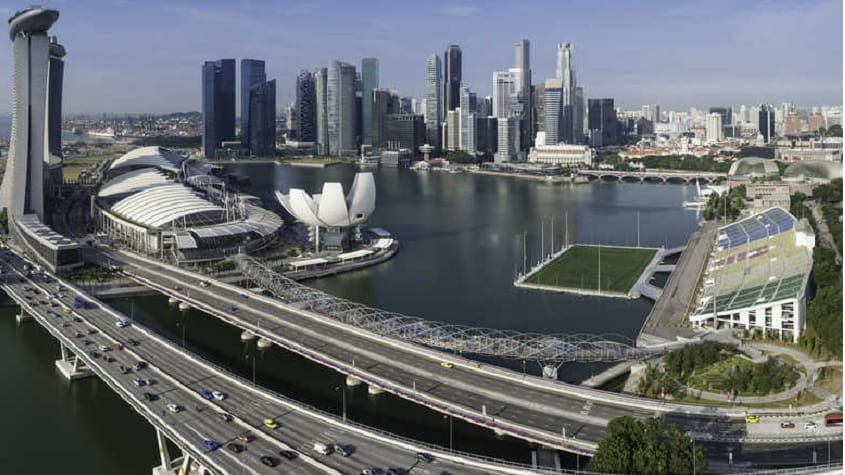 The works comprise of the provision of electrical and mechanical (E&M) facilitation to serve the newly constructed 5km tunnel from Tuen Mun to Boundary Crossing Facilities Island and will include the tunnel’s ventilation, road lighting, central monitoring and control systems.

The contract also requires the provision of civil and building works for the construction of a number of tunnel buildings including the Administration, Toll Control, Maintenance Depot and Satellite Control buildings, as well as the landscaping works on the landfall at either end of the tunnel.

To ensure the safe and efficient delivery of the contract, Design for Manufacture and Assembly methods and an Integrated Digital Project Delivery approach will be adopted.  At least 70% of the E&M works will be of modular construction and drone photogrammetry for 3D mapping and surveying will be used to assist in delivering the works to the highest standards of accuracy.  Other innovative solutions include a ‘flying factory’ (to facilitate off-site production), tailor-made cable laying trucks and off site construction of the toll booths.

Thomas Ho, Chief Executive of Gammon said, “Gammon is currently undertaking the design and build of the Southern Connection Viaduct Section of Tuen Mun-Chek Lap Kok Link project and we are delighted for another opportunity to play a key role in this important infrastructure project for Hong Kong.  Gammon is committed to working with its partners to ensure the delivery of the project to the highest quality, while maintaining excellent standards of safety.”

The works have already commenced with completion expected in late 2020. A workforce of 1,700 will be engaged at construction peak.

Our main geographies are the UK & Ireland, US and Far East. Over the last 100 years we have created iconic buildings and infrastructure all over the world including the London Olympics’ Aquatic Centre, Hong Kong’s first Zero Carbon building, the world’s biggest shopping mall in Dubai, the National Museum of the Marine Corps in the US and the Channel Tunnel Rail Link.

Gammon Construction ,headquartered in Hong Kong, is a 50/50 joint venture between Balfour Beatty and Jardine Matheson, the Asian-based conglomerate. The two companies have worked in partnership since 2004 to forge a reputation for delivering high quality projects for customers throughout China and Southeast Asia. The business is a major player in the Hong Kong and Singapore roads market. Gammon’s service extends over the full project life-cycle, from initial site survey and design through construction to commissioning and ongoing maintenance.

Gammon’s current project portfolio includes: The construction contract for a large scale residential development, ‘Lohas Park Package 9’, by Wheelock and Company Limited for c.HK$4bn. The construction of the Kai Tak West Section of the Central Kowloon Route in Hong Kong for the Highways Department of the Government of the Hong Kong Special Administrative Region worth HK$6.2bn.

The construction of the Fullerton Ocean Park Hotel Hong Kong worth over HK$1bn for Parkland (Hong Kong) Limited. Plantation Road a HKD $800 million deluxe residential development project in Hong Kong. The HK$3bn development of eight medium rise residential blocks and four houses with a two-level basement overlooking Tai Po’s Tolo Harbour in Northern Hong Kong, on behalf of Great Eagle Group. The HK$1.6bn Lee Garden Three Project, in the heart of Causeway Bay, Hong Kong, a building with 20 floors of offices sitting above a five-level podium of retail and food outlets and. The S$174m contract for the design and construction of the Mayflower Station on the Thomson Line for the Land Transport Authority.

Iconic projects of the past include the HK$2.2bn Hong Kong-Shenzhen Western Corridor, a 3.5km, dual three-lane carriageway, suspended mostly above the waters of Deep Bay and the motorway approaches for downtown Hong Kong. Gammon has also delivered a 68-storey One Island East office building, a skyscraper on the eastern shore of Hong Kong Island. This HK$2.3bn project relied on digital project management systems to enable collaboration across all disciplines and reduce construction waste.