Peab AB, a Sweden-based construction and civil engineering company, has secured a contract worth SEK480 million ($72.67 million) from Posten Meddelande AB to build a postal terminal in Rosersberg, Sigtuna, Sweden. 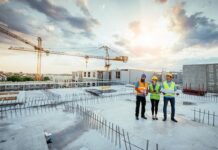