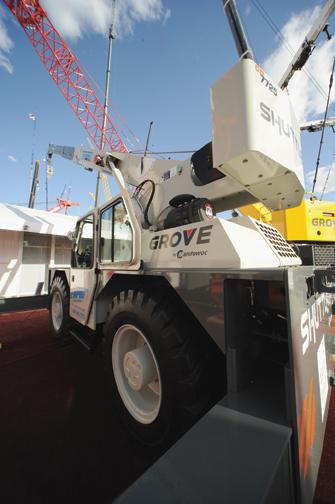 Grove YB5520 industrial crane has a capacity of 20 tons. It features a full-power boom that is 54.5 feet long, with an integral holding valve on a telescoping cylinder. This is similar to the booms found on Manitowoc’s National Crane boom trucks. The boom nose can pivot in three positions. Other features include two swing-away boom extensions that can be offset. The YB5520 will be available with Tier III and Tier IVi engine options. First deliveries are expected in early 2012. The crane will also be marketed under the Shuttlelift brand as the CD5520. 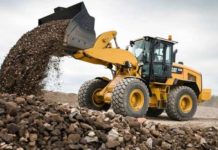 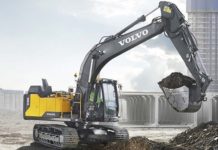