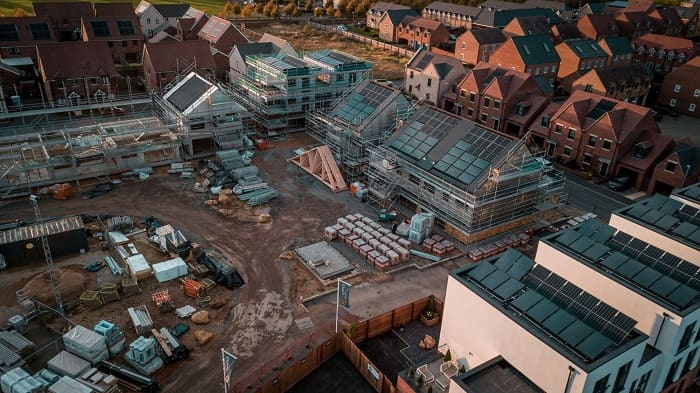 Modular housing company, Etopia Group, has become the housebuilder in the world to achieve both the Carbon Neutral International Standard and to join the United Nations Climate Neutral Now Initiative

As a signatory of the UN Climate Neutral Now initiative, Etopia Group have calculated and disclosed the current carbon footprint of the company, including international air travel, and show a clear pathway to reducing it year on year.

Etopia Group has partnered with One Carbon World, a grant fund set up to help organisations to become more sustainable, offsetting its emissions through “carbon credits”.

The awards follow Etopia Group’s recent announcement that all of its homes currently have an average EPC rating of 103/100.
Advertisement

The Carbon Neutral International Standard is in recognition of the company’s commitment to measuring, reducing and balancing its carbon footprint.

The grant covered the measurement of the Etopia Group’s carbon footprint, all of which the company achieved net-zero emissions for, including:

The modular housing company, which currently has the capacity to manufacture more than 2,000 homes a year, describes itself as an Ecitech company – energy, construction and intelligent technology.
Ramping up carbon-cutting efforts

Joseph Daniels, founder and chief executive of Etopia Group, said: “The climate crisis is upon and unless we act now, the damage done will be unrectifiable.

“The Carbon Neutral International Standard recognises our commitment to ramping up our carbon-cutting efforts and we are proud to be working with One Carbon World to ensure that new trees are being planted across the world.

“But this is just the first step. The construction industry needs to be dragged forward into the 21st Century and bring innovative technologies into both the methods of construction and the homes themselves.

“Our decisions are not an attempt to greenwash our image, it is about genuinely revolutionising the industry, and creating the high-quality, tech-driven net-zero homes of the future.”

Niclas Svenningsen, manager of global climate action at UN Climate Change, commented: “We have seen a pronounced shift in the way individuals and industries behave in relation to the climate crisis in recent years.

“The built environment, in particular, contributes an estimated 40% of the UK’s Co2 emissions. Energy inefficient homes and a backwards approach to housebuilding have been far too common, and if we are to radically reduce our carbon emissions, then we must look to innovate.

“We are glad to see Etopia Group applying new ways of thinking and building more sustainable homes, and welcome them to our Climate Neutral Now initiative, hoping that others will follow their example.”

Andrew Bowen, chief executive officer of One Carbon World, added: “Etopia Group is not only pioneering eco-products but is operating as an economical and environmental company in its own right.

“To be the first housebuilder to be awarded both the Carbon Neutral International Standard and participation in the UN Climate Neutral Now Initiative demonstrates a commitment to driving sustainability that few companies in any industries can compete with.

“But this is just the first step on the sustainability ladder. We need to encourage more companies to offset their emissions and bring about real, long-term change.

“We are enormously grateful for Etopia Group’s support in our reforestation mission and look forward to working with the company on a long term basis.”