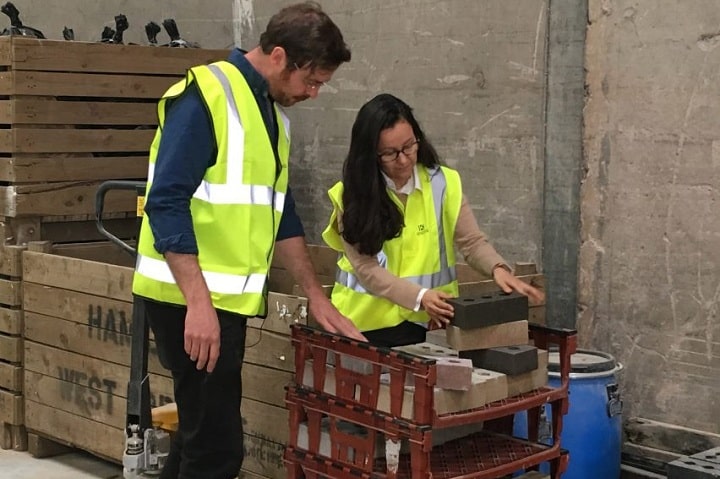 Scottish startup Kenoteq has launched the K-Briq – a more sustainable building brick that is unfired and made of 90 per cent construction waste.

Invented by engineering professor Gabriela Medero at Edinburgh’s Heriot-Watt University, the K-Briq generates less than a tenth of the carbon emissions in its manufacture than a regular brick.

Medero spent over 10 years developing the product at the Scottish university, driven by the desire to reduce the environmental impact of the construction industry.

“I have spent many years researching building materials and have been concerned that modern construction techniques exploit raw materials without considering that they are amongst the largest contributors to carbon emissions,” she said. “The amount of waste they produce is not sustainable long-term.”

Medero co-founded Kenoteq to put the bricks into commercial production, which is now underway.

According to Medero, the K-Briq looks like a normal brick, weighs the same and behaves like a clay brick, but offers better insulation properties. Kenoteq can produce it in any colour.

As well as saving energy in the manufacturing process, Kenoteq cuts emissions by producing the bricks locally. It points out that currently up to 85 per cent of bricks used in Scotland are imported from England or Europe, which is not sustainable in the long-term.

Kenoteq is producing its bricks on-site at Hamilton’s Waste and Recycling in Edinburgh, minimising the amount of transport required in the process.

“We are proud to be scaling it up to meet both the needs of the construction industry and to support the sustainability targets of both the Scottish and UK governments,” said Medero.

Several materials researchers have come up with ways to improve the brick in recent years to make it more environmentally friendly, although the results have rarely made it into mass production.