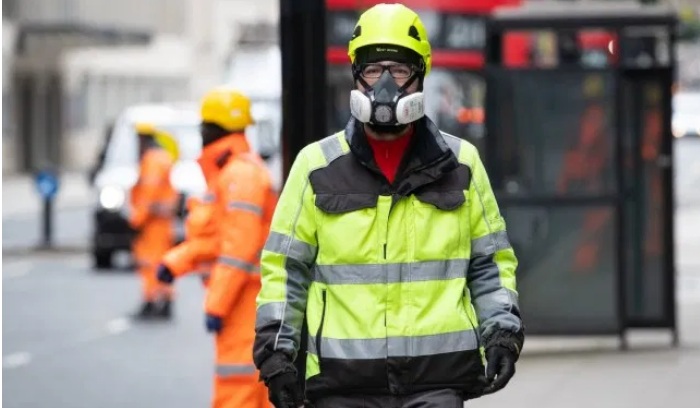 Working on a construction site can be challenging as it is, but adding new safety measures and trying to limit personal contact is adding even more pressure to the job.

“Workers that are not showing up to work because they are actually so concerned with this virus and a lot of things that we’ve adjusted to,” said Noe Roman, a superintendent.

Construction workers across the country are considered essential, and El Paso is no exception. But the challenges of working through the COVID-19 pandemic is starting to take a toll on employees in the Borderland.

“It’s hard. I don’t blame them if they don’t want to show up. I would be scared too. If I could be home, I would stay home. But, there’s bills I still have to pay,” said Roman.

For the employees that are making their way to job sites everyday, new safety protocols have been put in place to try and prevent them from getting the virus.

“I’ll have them wear face masks or bring extra pairs of gloves, in case they have to throw the ones that they are using away. Once they pull them off or put them back on, you never know,” said Roman.

As the superintendent on the project, Roman is also tasked with taking the temperatures of all the employees before they begin their shifts and after they’re done for the day. If they begin to show any symptoms of being sick, Roman says the employees are sent home until they can determine what it is they have.

Still, there could be long-term consequences for any deadlines that aren’t met.

“I go outside and take pictures, see how they are working and see how they’re doing. It’s pretty hard. In construction, I mean, we have to see blueprints together, we have to read them together and now we can’t even do that,” said Roman.

Any projects that aren’t completed on time can end up costing additional hundreds of thousands of dollars down the road.

“There’s time periods that we need to follow for a reason. For example, I’m assigned to a school right now, and they would need to have it complete by a certain time,” said Roman.