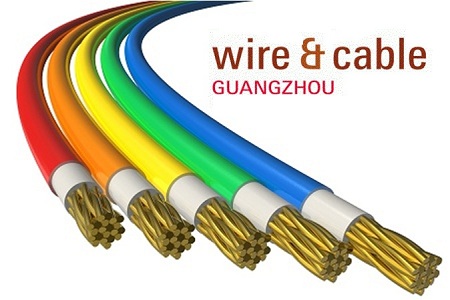 Last year, the show was attended by 350 companies and18,869 visitors from 25 countries and regions, of which 3,700 buyers werefrom overseas.

Mr Emeka Hu, General Manager of Guangzhou GuangyaMesse Frankfurt Co Ltd, said: “Wire & Cable Guangzhou has entered its ninth year and continues to act as a gateway to South China’s wire and cable markets. The show’s holistic profile serves manufacturers in a wide range of fields. It helps them to source suitable voltage cables, optical fibre cables, machines and all related accessories that fit growing needs in the EV, power grid and telecommunications sectors as well as for use in national infrastructures in China.”

Shandong Pacific Optics Fiber and Cable Co Ltd has taken part in the fair for two years and views it as an important industry event. Mr Li Binlin, Marketing Director of the company, commented on their participation and shared:“The joint efforts of the three organisers have brought valuable visitor resources to the fair including management-level professionals and technicians from national power grid companies in China. This has helped us further open up to the local market. The visitor flow and wealth of resources have also improved greatly from the previous edition.”

Mr Wang Xiuyu, the General Manager of Dongguan Yongke Electrical Machinery Co Ltd, is a repeat exhibitor. He was impressed by the promotional efforts and network of the show organisers. He stated: “The 2016 show marked our third timeparticipating and we give high importance to this event. With its large client base, the fair has helped us to establish new contacts and received orders from Africa as well as Guangdong and western China. The promotional efforts of the organisers are well reflected in its visitor flow.”

Background information on Messe Frankfurt
Messe Frankfurt is one of the world’s leading trade fair organisers, generating around €648 million in sales and employing 2,244 people. The Messe Frankfurt Group has a global network of 30 subsidiaries and 55 international Sales Partners, allowing it to serve its customers on location in 175 countries. Messe Frankfurt events take place at approx. 50 locations around the globe. In 2015, Messe Frankfurt organised a total of 133 trade fairs, of which more than half took place outside Germany.

Comprising an area of 592,127 square metres, Messe Frankfurt’s exhibition grounds are home to ten exhibition halls. The company also operates two congress centres. The historic Festhalle, one of the most popular venues in Germany, plays host to events of all kinds. Messe Frankfurt is publicly owned, with the City of Frankfurt holding 60 percent and the State of Hesse 40 percent.For more information, please visit our website at www.messefrankfurt.com.