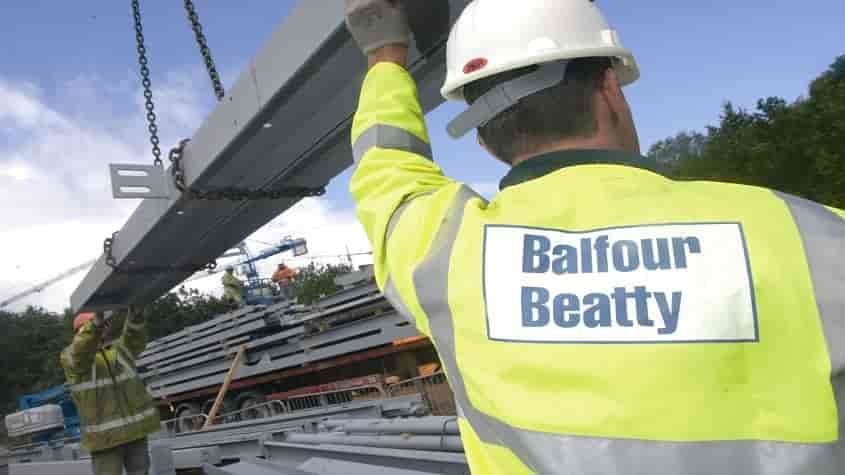 Further to the announcement on 21 December 2017, Balfour Beatty announces the sale of an additional 7.5 percent stake in Connect Plus, the company which operates the M25 orbital motorway.

The Group has an unconditional right to sell the stake to funds managed by Dalmore Capital Limited (Dalmore). Funds managed by Equitix Investment Management Limited (Equitix) have the right to acquire this stake in priority to Dalmore for an identical price during the period to 13 March 2018.

The sale is for a cash consideration of £62 million, equivalent to the price of the earlier transaction, which is in excess of the Directors’ valuation as at 30 June 2017. The expected profit on disposal on this transaction is £32 million. The proceeds from this transaction will be used to pay down borrowings in 2018.

As a result of the sale of 12.5 percent of Connect Plus, announced on 21 December 2017, and this transaction, the Board’s expectations for both Group profit before tax and year end net cash in 2017 are above those included in the Balfour Beatty Trading Update on 12 December 2017.

Taking account of both transactions, the expected 2017 Infrastructure Investments profit on disposal is now £85 million. The year-end net cash, which was originally forecast to be in line with prior year, is still expected to be around £103 million higher since the proceeds from the sale of the 7.5 percent tranche will not be received until 2018.

Arrangements with funds managed by Equitix and Dalmore covering the potential disposal of an additional 5 percent interest in Connect Plus remain in place. These arrangements lapse on 13 May 2018 and are subject to a number of conditions. Therefore there is no certainty that there will be any subsequent transaction.

[1] The Investment in Joint Ventures and Associates at 31 December 2016 reflects the net position after financial asset and swap liability revaluations. These revaluations will be recycled to the income statement as part of the gain on disposal of the Group’s interest in Connect Plus.