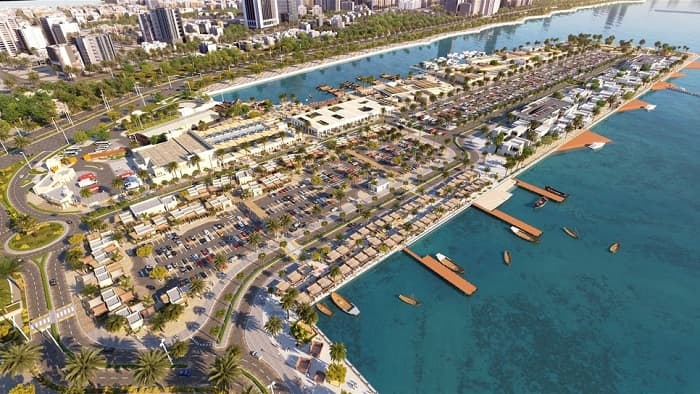 Abu Dhabi’s Department of Municipalities and Transport (DMT) has launched Phase 2 of the Mina Zayed redevelopment project, in conjunction and cooperation with Modon Properties and Aldar Properties.

The redevelopment will entail transformation of the 3 million m2 destination into an integrated tourist, commercial, and residential destination, Abu Dhabi Media Office reported.

The redevelopment is aimed at advancing the social, urban and economic development of Abu Dhabi and fostering trade and development within the capital.

As part of the redevelopment project, Modon Properties will carry an overhaul of existing souks and new fruit and vegetable, fish, and seasonal markets. In addition, Modon Properties will carry out the demolition of the four-tower Mina Plaza Towers at Fisherman’s Wharf on 27 November, employing prescribed international safety standards, and marking commencement on redevelopment works.

Playing its part in the redevelopment, Aldar Properties will work on developing prime land into a seafront destination with approximately 1.5 million m2 of gross floor area (GFA).

Phase 1 of the project, which has marked completion included a masterplan; construction and design commencement for the new fish market; demolition of out-of-use outlets in the Fisherman’s Wharf; and tests for Mina Plaza Towers demolition.